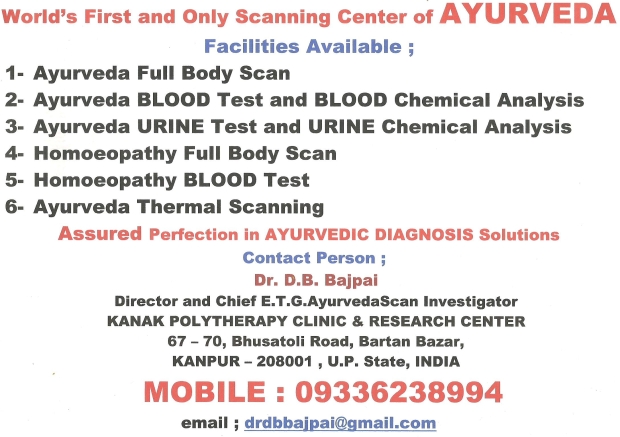 Deaf and dumb patient can not tell their actual physical problems , what ever they have ?

A case of Deaf and dumb patient record is given below and the patient diagnosis.

The mother of this patient was very problomatic with the disease condition of her son aged 22 yrs, patient cries always since few years and almost physicians treated him as to their best of efforts, but nobody was able to remove his complaints.

The young boy was deteriorating his health and the efforts of the physician could not solve the problem of this deaf and dumb person.

His family members were in trouble and was  thinking , what to do in this situation ? The problem of this deaf and dumb boy was aggravating every day and non of the examination done was finally able to diagnose the problem.

The mother of this young boy was asking every near and dear person about the solution of the boys health asking the better doctor for the solution, one day one of my earlier patient met her and told her  about my way of diagnosis and treatment Ayurveda-ayush.

She came immediately and ask for the treatment. I narrated that my procedure is examination and tests based , which will diagnose the internal problem patient have.

The deaf and dumb patient could not tell any way except the showing the area and facial expressions.

I examined him and prepared a 230 page reports including all data wahtever possible,

The conclusion of this probelm is given below in the parts of the report sections in nut shell.

Above report shows the main problems , which are to be treated accordingly by the Ayurveda-ayush remedies.

The above data shows the body sectors , which are ailed and to be examined. On physical examination the parts of the body confirms the problem existence.

The Brain parts data gave a clue of his old illness history. Preital Brain is in higher state and frontal btain is in the lowest level. I analysed  the data an thought that Parietal Brain controls the THERMAL  sensitivity of the body. Patient are very sensitive with thermal changes , if parietal brain data is higher or low. This boy data was very high , I analyzed that it is might possible that the boy in childhooh suffered from high fever and that impacted to frontal brain and the power of listening and speech could be seized,  This came after analysis conclusion.

To confirm this I asked the mother of Young boy , whether in childhood patient got an attack of High Fever ?  She confirmed it and narrated that at the age of 10 months, he got an attack of high fever, which persisted about a month. After many efforts of the doctors , the Fever could not be come down. Lastly one physician controlled the fever.

The young boy is sensitive to external natural temparatute.

The data of throat shows the presence of anomalies in internal parts.

Below given data is a shorting of Higher subject’s data of the essential problems , which are to be considered.

Below is the AYURVEDIC FUNDAMENTALS MEASUREMENT  of the patient status.

Below is the SAPATA DHATU EVALUATION  of the patient. 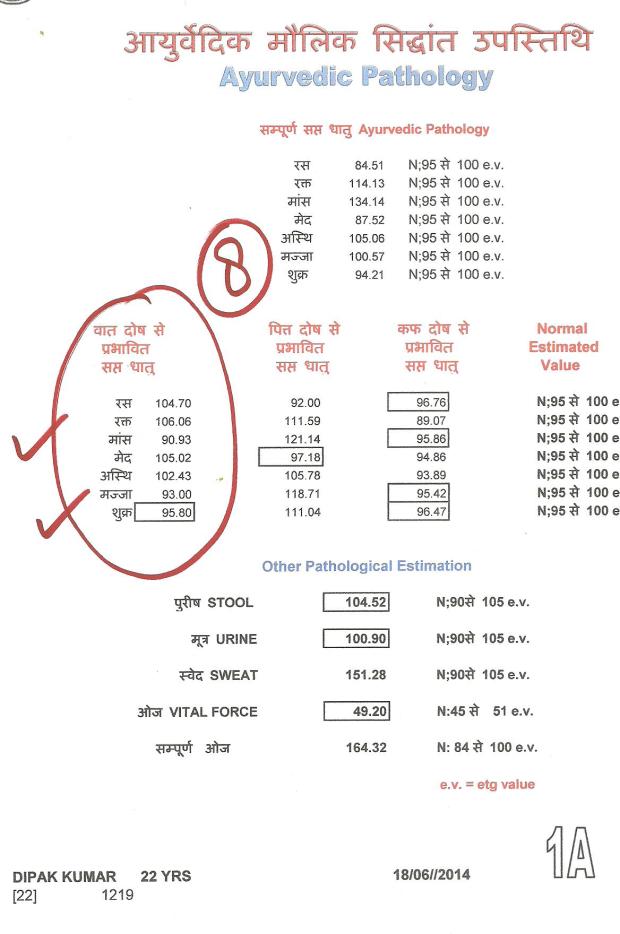 The trace records are the key of the ETG AyurvedaScan examination. Below traces are taken from the selected areas of the body for diagnosis and internal problem’s persisting anomalies.

We have always conveyed that ETG AyurvedaScan examination is a tool for examining those anomalies which are or can not narrated by the patient in the state of COMA / UNCONSCIOUSNESS / and for DEAF and  DUMB persons / or for those who are not able to tell their problems , what they have.

By virtue of ETG AyurvedaScan system, we can somehow know or understand or recognize the trouble of the persons, who are not in a position to convey their problem to the physician.